You are here: Home » Blogs » The Secret Of How Silk Is Made

The Secret Of How Silk Is Made

One of the softest fabrics on the planet, shiny, breathable and comfortable, silk has been a highly prized cloth since it was first harvested thousands of years ago. And despite advances in production methods and new possibilities for cultivation, silk production remains a labour intensive process, and involves a lot of hard work.

The secret for produce silk fabric is a tiny creature known as the silkworm, which is the caterpillar of the silk moth Bombyx mori. It feeds solely on the leaves of mulberry trees.

The life cycle of the Bombyx mori begins with eggs laid by the adult moth. The larvae emerge from the eggs and feed on mulberry leaves. In the larval stage, the Bombyx is the caterpillar known as the silkworm. The silkworm spins a protective cocoon around itself so it can safely transform into a chrysalis. In nature, the chrysalis breaks through the cocoon and emerges as a moth. The moths mate and the female lays 300 to 400 eggs. A few days after emerging from the cocoon, the moths die and the life cycle continues. 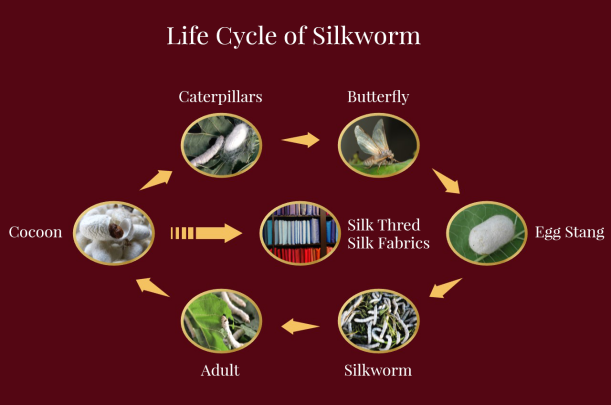 Only the most healthy moths can be used for breeding. Their eggs are classified, graded, and thoroughly tested for infection. Unhealthy eggs will be burned. The healthiest eggs can be stored in the refrigerator until they are ready to hatch. Usually the eggs hatch within seven days. They are only one-eighth of an inch (3.2 mm) long when they emerge and must be kept in a carefully controlled environment. The eggs would hatch once a year, in the spring, when the mulberry trees begin to leaf. However, with the help of sericulturists, breeding can occur up to three times per year. 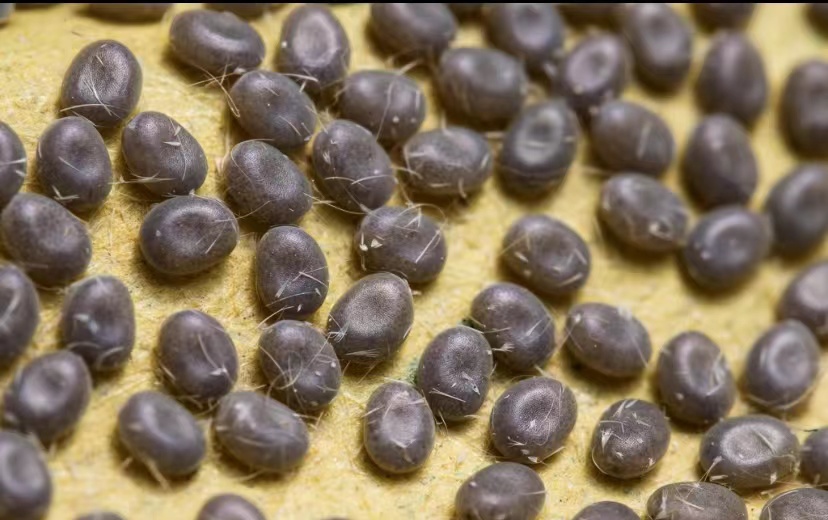 Silkworms feed only on the leaves of mulberry trees. Mulberry leaves are cut into fine shreds and fed to the voracious silkworms every few hours for 20 to 35 days. During this period, silkworms increase in size to about 3.5 inches (8.9 cm). They also shed their skin, or molt, four times and change color from gray to a translucent pink. 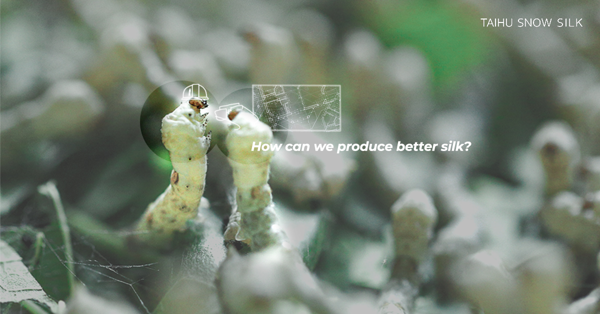 When the silkworm begins to get restless and fling its head back and forth, it is preparing to form a cocoon. The caterpillar attaches itself to a branch or shelf for support. As the worm twists its head, it spins a double strand of fiber in a figure-eight pattern and builds a symmetrical wall around itself. The fibers are secreted from each of two glands called spinnerets located under the silkworm's jaws. The protein-like fibers, which are insoluble in water, are called cellulose.

The fibroin is held together by sericin, a soluble gel secreted by the worm that hardens once exposed to air. The result is a raw silk fiber, called bave. The caterpillar weaves a cocoon that envelops itself completely. It can then safely transform into a pupa, the nymphal stage. 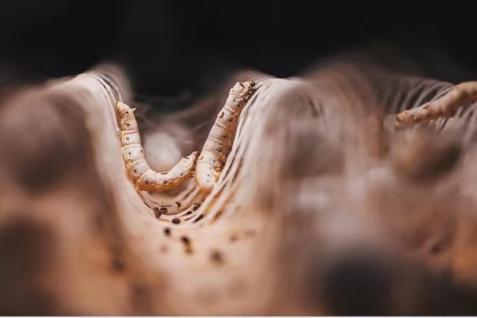 The natural process is for the silkworm pupa to break through the protective cocoon and emerge as a moth. However, the silkworm breeder must destroy the pupa so that it does not destroy the silk thread. This is accomplished by fumigating the pupae with hot air. 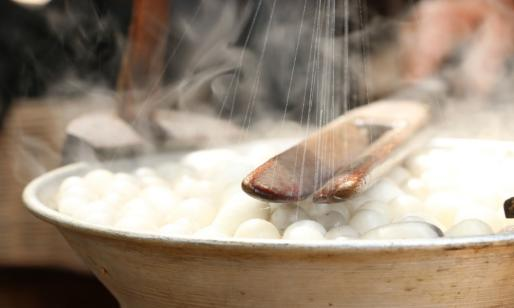 silkworm silk cocoon how to made silk mulberry silk